Benchmarking Neo4j and ArangoDB against Nebula Graph at Suning

Benchmarking Neo4j and ArangoDB against Nebula Graph at Suning

The authors come from the Algorithm Lab for Intelligent Monitoring and Operation and Maintenance (O&M) of Suning, one of the largest online retailers in China

The e-commerce system and infrastructure of Suning have become more and more complex over time. With the implementation of large-scale anomaly detection and the combination of traditional rule-based alarms, Suning urgently needs an effective alarm convergence mechanism. And finding root alarms becomes a more pressing task.

This challenging task can be effectively solved by building a dual knowledge graph of O&M and alarms. Given that the core of the knowledge graph is the graph, choosing a suitable distributed graph database is very important. We chose two popular graph databases in the industry to benchmark against Nebula Graph.

2. The dataset used for the benchmarking test

We used the nosql-tests dataset for the benchmarking test.

3. A summary of the testing enviroment

Take the ArangoDB single node test results as the benchmark. The comparison is shown in the figure below: 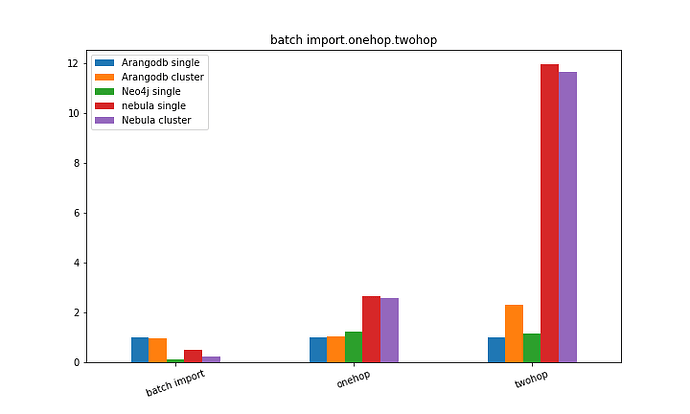 The comparison for query languages is shown in the table below:

The preceding comparison shows that AQL, Cypher, and nGQL are all rather concise. However, from the perspective of readability and syntax, nGQL fits in the user habits more because it’s SQL-like. 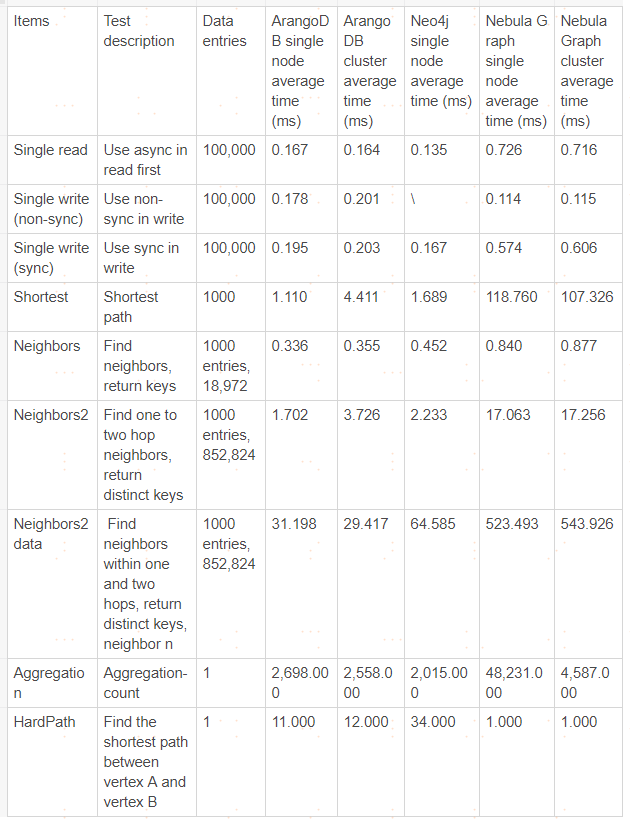 Take the ArangoDB single node test result as the benchmark. The comparison is shown in the figure below: 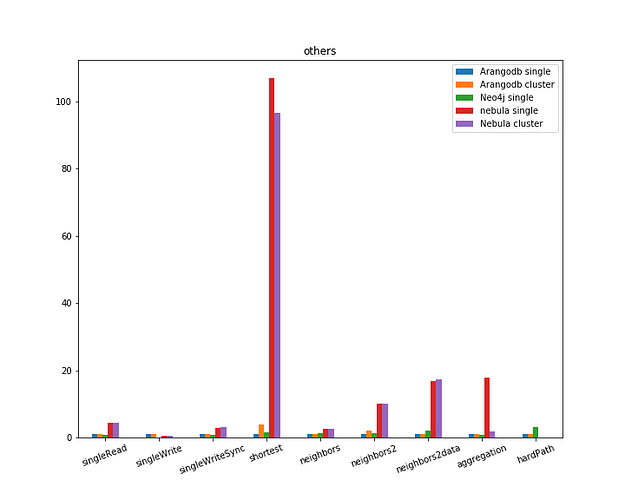 The following charts are the comparisons of the items: 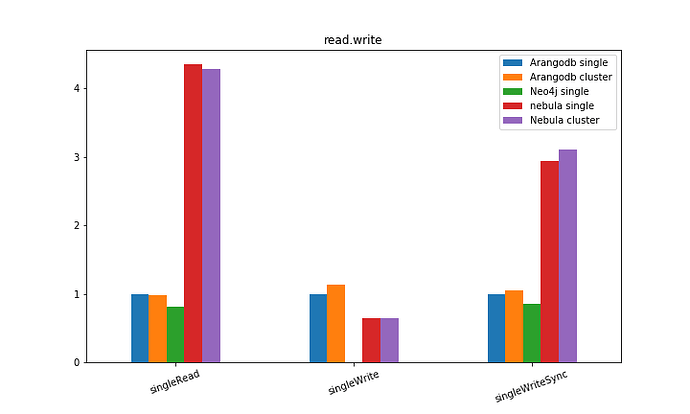 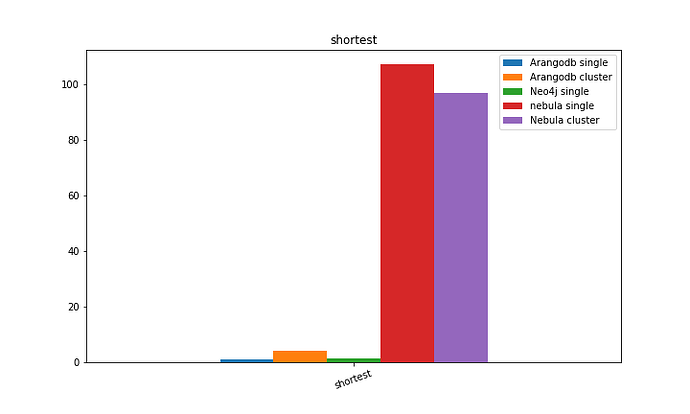 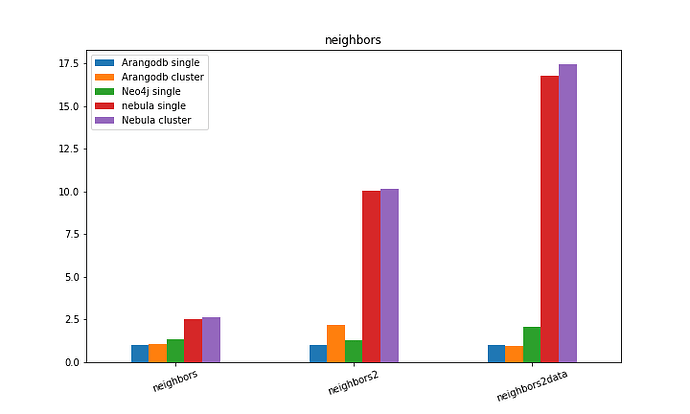 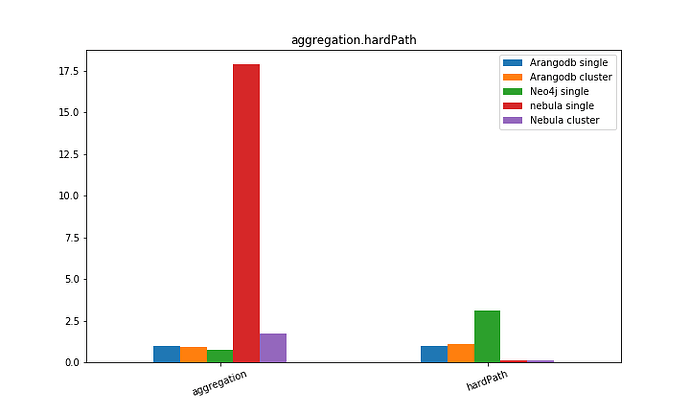 This article is co-authored by: